Impeller Studios, a new game developer with a stellar team based in Savannah, Georgia, has been stealthily building the ultimate hardcore, team-based space combat game for almost seven years. Expected to reach early access in late 2020, In The Black is the spiritual successor to the X-Wings series, while also drawing inspiration from World of Warships and War Thunder.

While the game is multiplayer-centric, there will also be single player modes. Players take on the roles of interplanetary mercenaries, designing, equipping and piloting futuristic frigates, fighters, scouts and other spaceships. Missions are effectively “contracts” from NPC mega-corporations seeking to damage competitors, recover missing materials and goods, and so forth.

Built using the Unreal 4 engine, In The Black will feature deep space battles between teams of three or more players, up to at least ten players per team and possibly more. What sets the game apart is its fanatical focus on realism. Using an ultra-sophisticated component damage system and Newtonian physics, the Impeller Studios team has extrapolated military machine and weaponry design to a point 200 years in the future, applying real science every step of the way. 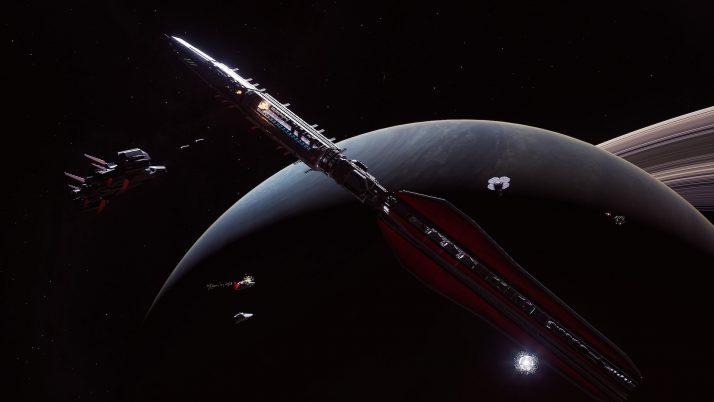 “We’re certainly not the first to use Newtonian physics in a space shooter sim,” acknowledged Jack Mamais, Game Director at Impeller. “But usually real-world physics is applied very selectively, such as with 6-degree-of-movement ship controls. We’ve embraced all forms of Newtonian physics, from materials physics and friction on the ships to the heat generated when deploying weapons – even in the life-support systems.”

Another unique aspect of In The Black is its use of the Genvid SDK to include enhanced livestreaming functionality, such that stream viewers will have a range of novel ways to celebrate, and even participate in, the game action as it unfolds. Livestream audience members will be able to cheer for players in ways that the players can see in-game, as well as the ability to place wagers and set bounties on players and teams – influencing players’ tactical decisions accordingly. Better yet, viewers can do all this without even having the game installed.

Including this kind of livestream interaction hadn’t occurred to the Impeller team during the first five years of In The Black’s design and development, but once they discovered Genvid’s unique technology, they felt it had to be part of the game. 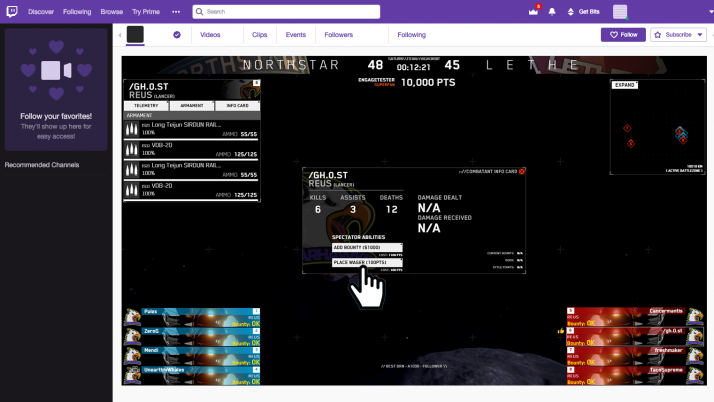 “I just happened upon Genvid’s booth at the Montreal International Game Summit last year and was immediately fascinated by how this could impact game development,” said Edmar Mendizabal, Impeller’s founder and CEO. “Normally game design focuses entirely on the player – but here was a fully baked, turnkey solution for immersing and engaging viewers far more deeply than before. The ease of integration, support for all major game engines AND all the key streaming platforms was truly astounding, and I knew before I left the booth that this was something In The Black should have.”

Capitalizing on the explosion in streaming was something the Impeller team strongly believed in. And while Edmar, Jack and the team don’t see In The Black as an esports candidate due to its depth and complexity, they believe the best way to maintain player immersion and the game world narrative while bringing viewers closer to the game world is by implementing the interactive livestream functionality the way an esports game would.

“We’d seen the CS:GO deployment of Genvid’s tech, and that seemed like the right sort of approach for us,” Edmar explains. “Immersing viewers in the narrative that casts players as mercenaries working for intergalactic corporations made sense. Allowing viewers to place bounties and bets as the players strive to complete missions felt like something that would naturally happen in the game world. We then connect the dots between viewer and player further by enabling players to place bounties on players that in turn drive players and teams to prioritize enemy ships and bases differently to maximize those rewards. And giving viewers the ability to call up additional stats as they place wagers and bounties and root for “their” team adds to the immersion and the viewer-player connection.”

Impeller is eager to see how players and viewers respond to these novel design elements and are prepared to modify the game accordingly. “We might add other ways for the livestream audience to impact the in-game action, if that’s what the players and viewers want,” Jack says. “Perhaps viewers could even take on the roles of additional corporations to help set policy, assign missions to players, and more.”

When asked how much time / resources the Genvid technology has saved the development team, Senior Programmer Andy Simons calculates it would have added a year or more to the production timeline. “We wouldn’t have built interactive livestreaming into the game from scratch, it simply would have pulled too many key team members off too many critical tasks,” he says. “But we’re thrilled to have it integrated, and the team is actually having fun applying that technology – it’s exciting to innovate in ways you know players and viewers have never experienced before.”