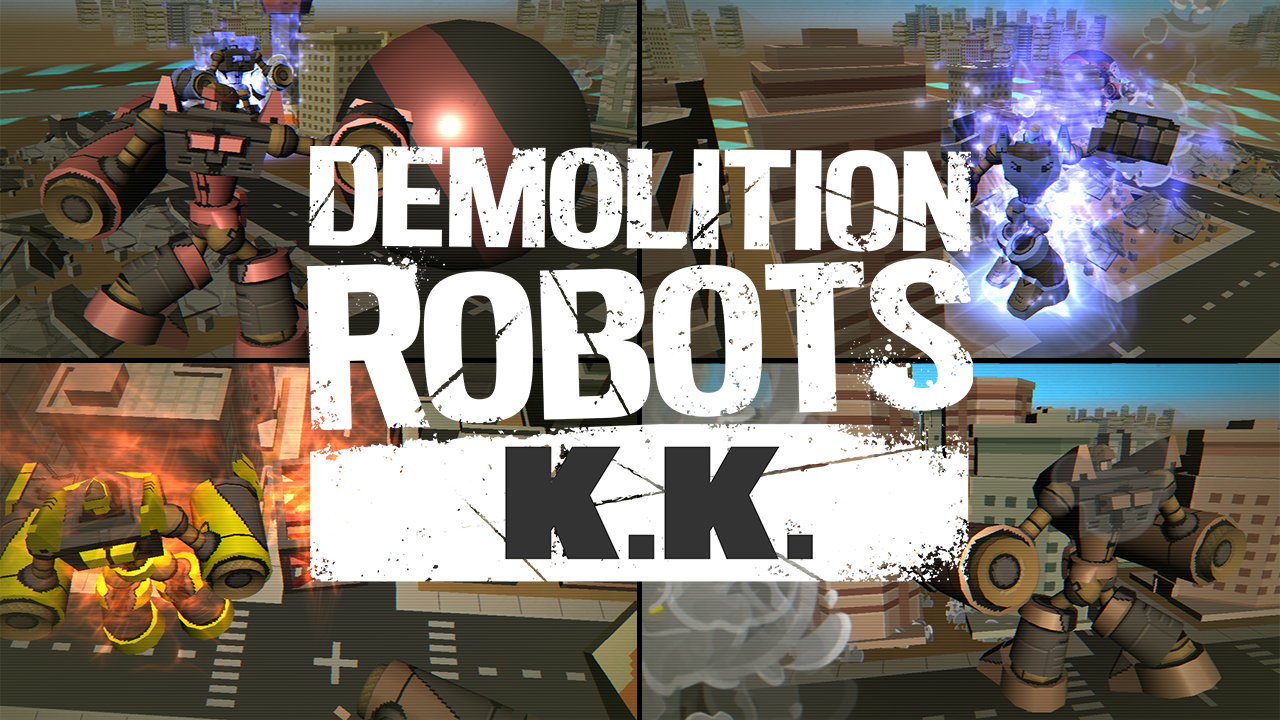 Following the success of his 2016 throwback horror adventure game “Back in 1995,” indie hitmaker Takaaki Ichijo began pondering a completely different kind of game for his next project. Instead of niche-y, retro, single-player adventure, “Demolition Robots K.K.” (DRKK) will be a four-player arcade action game for the widest possible audience. It will also be the first couch multiplayer game to feature interactive livestreaming, with stream viewers representing the citizens of the city the robots are bent on destroying.

Now entering its third year of development, DRKK is slated to launch on Switch and PC in late 2020. Built with Unity, the game puts 4 players in the roles of destructive robots tasked with leveling a city building by building. Players earn points based on the buildings they destroy while racing to complete each level. Using Genvid’s interactive livestreaming tech, DRKK will place stream viewers in the roles of individual residents of the buildings under attack, and also allow viewers to root for and directly troll the actual players by targeting their robots with traps and the like. 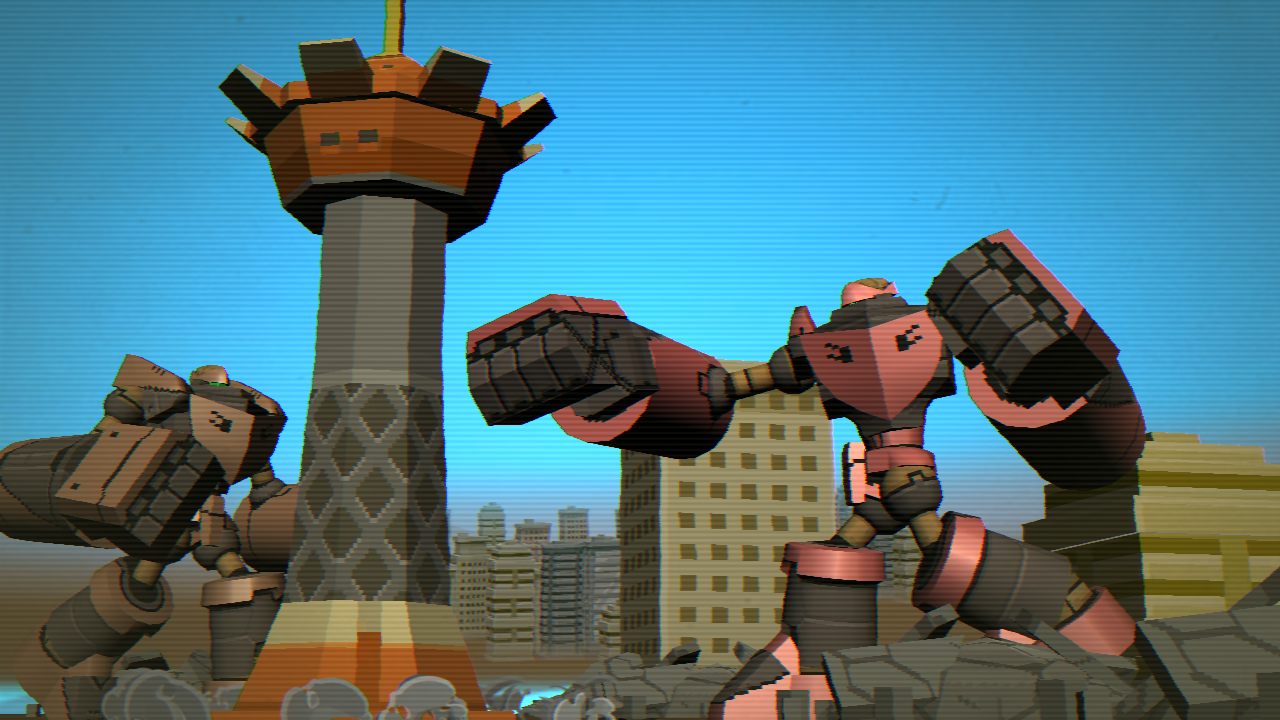 “Demolition Robots K.K. was partly inspired by gigantic robot action games like ‘Remote Control Dandy’ and ‘Robot Alchemic Drive,’” notes Takaaki, “But where these games focus on battles between robots, I wanted to focus on an aspect that is usually viewed as ‘collateral damage’ in ‘bot battle games’: the destruction of the environment in which the robots fight.” Inspiration also came from some of his favorite anime titles, such as “Mobile Police Patlabor” and “Terrestrial Defense Corp. Dai-Guard.”

Takaaki first heard about Genvid from an article about GDC 2017, and began researching its tech. “I had been thinking about how games would be perceived and enjoyed by streamers and stream viewers. As an indie developer, I knew that attracting and engaging with these audiences would be important from a user acquisition perspective,” he recalls. “Now here was a technology that would not only increase enjoyment for those audiences and help drive awareness and new players, it would actually enable viewers to be part of the game action in ways that could make the game more fun for players and viewers.” 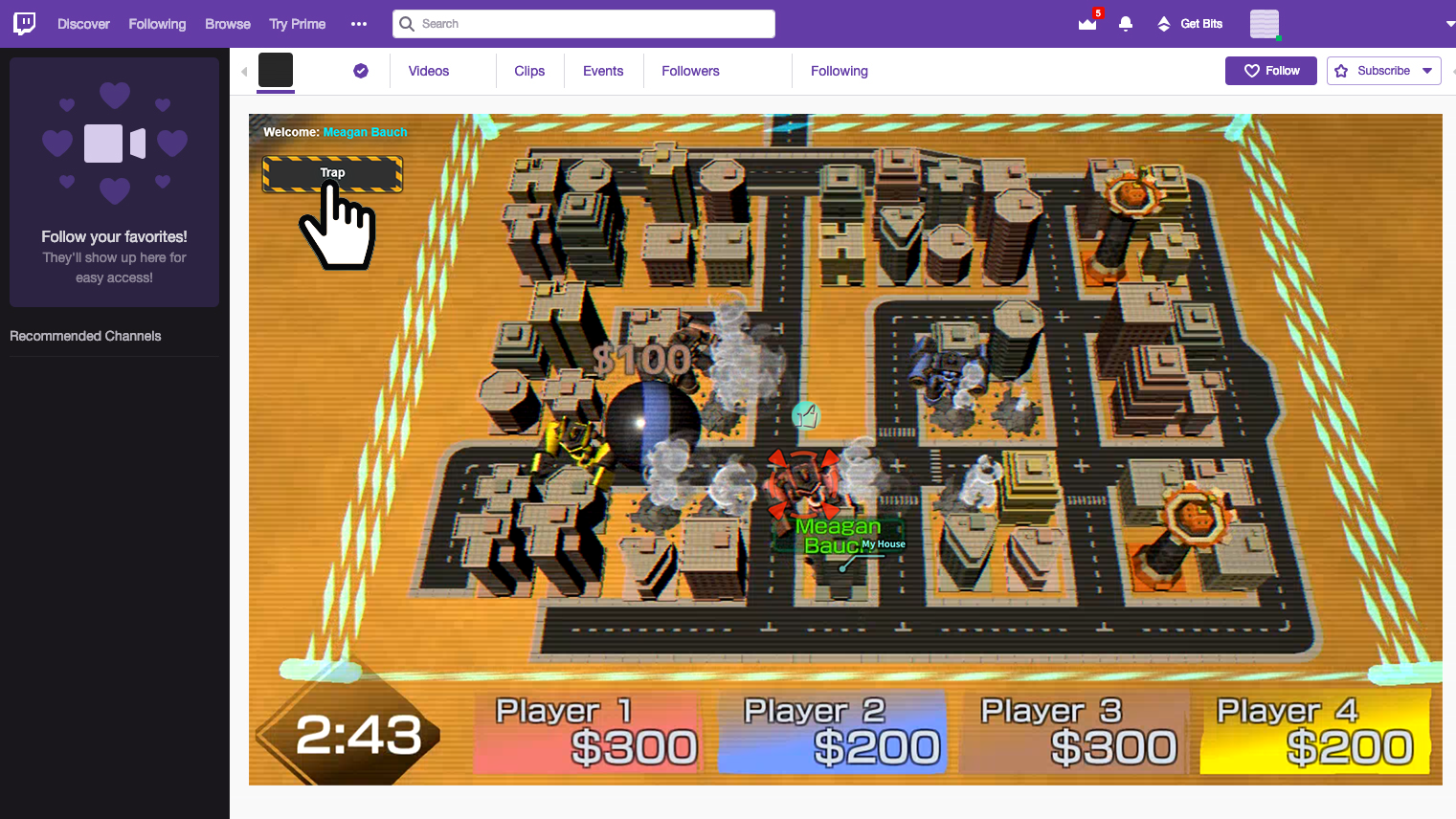 Takaaki‘s studio, Throw the Warped Code Out, is nearly a one-person operation. “I’m doing all the game design and much of the coding myself, including the Genvid SDK integration,” he says. “I’ve hired two part-time artists to create the robots and towns, as well as a composer for the soundtrack. I’m not an expert in HTML5, so I needed some assistance with that, but between my past experiences with Unity and the functional GenvidTank samples available for free in the Unity Asset Store, integrating the interactive livestream overlay was easy and straightforward.”

Takaaki is excited to see how players and viewers react to the unique player-viewer dynamic in DRKK, with viewers effectively increasing the chaos factor in proportion to the livestream audience size. “I expect the game and interactive stream to be consumed by many layers of people, not just played directly with controllers,” he predicts. “Viewers can simply watch, or watch and cheer, or have a deeper, more immersive role if they prefer. Frequent viewers may even cultivate reputations among the player base – either as helpful supporters or lively trolls, depending on their actions!” 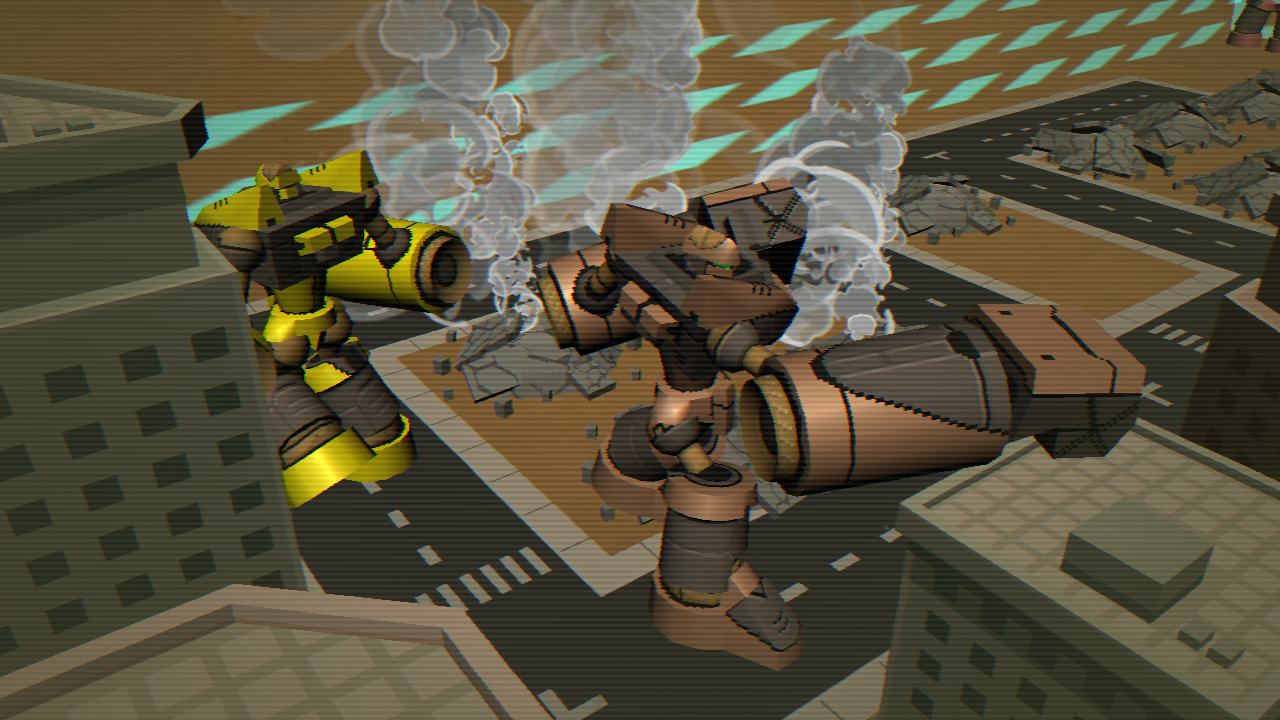 Equally exciting is the prospect of monetizing some of those viewers for the first time. “DRKK will have free and paid features for viewers,” Takaaki explains. “They’ll have a range of ways to interact with the game and players, and can either earn or purchase with real money an ‘in-stream currency’ that will be used to buy items and effects that impact the game in real time.”

Takaaki says that the sense of helping to shape the future of games is a major motivation while devoting years of his life to DRKK. “We may look back in a few years and see interactive livestreaming as the next evolutionary stage of video games,” he marvels. “It’s super exciting to be among the first designers to incorporate interactive streaming as a fundamental part of the game experience.”