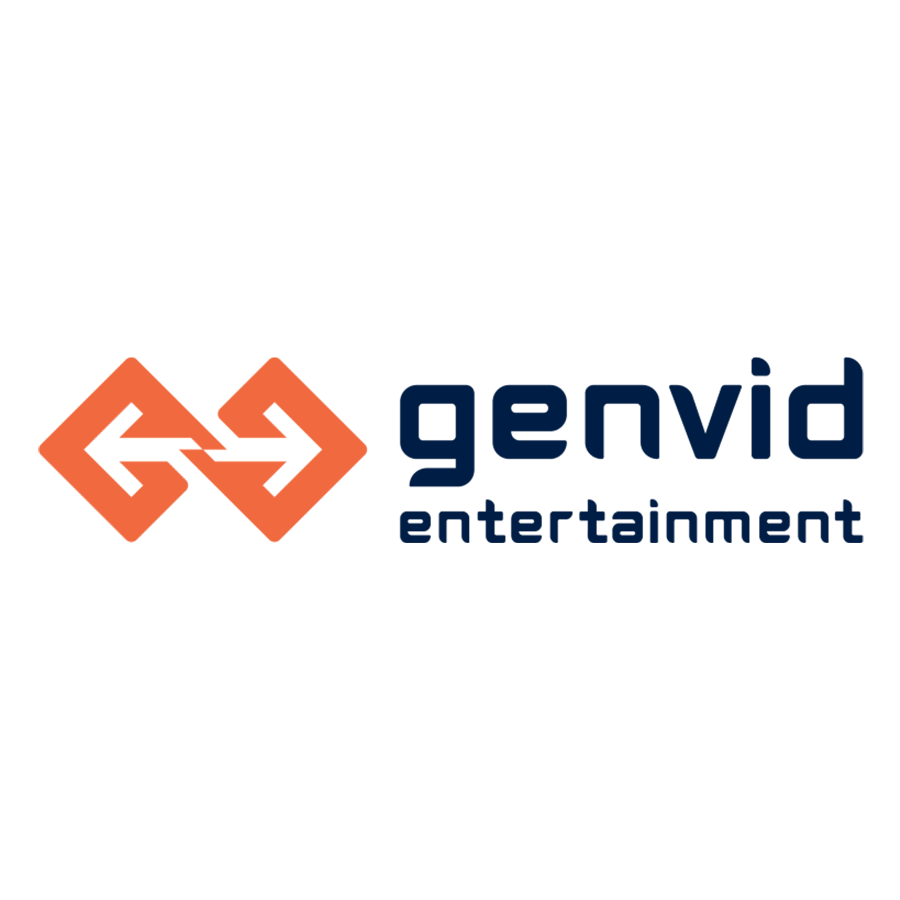 By Jacob Navok, Genvid CEO
You can find the original posting of this blog on Jacob’s Medium page.

Genvid’s vision has always been, unwavering, a belief in the future of entertainment being a mix of streaming media and games.

We call this new entertainment format MILEs or Massive Interactive Live Events. They are cloud-streamed experiences that are live and support millions of people interacting together.

We coined the term last year in an essay I wrote with Genvid advisor Matthew Ball, where Matthew and I laid out the operating thesis for Genvid.

Since Genvid’s founding, we have been incredibly consistent in our belief that MILEs, which are software is built to enable, are a new entertainment category, and that we as a company plan to pioneer and lead the category we are founding.

Credit to Matthew, who came up with the cooler-sounding “MILEs” moniker.

Today is a new milestone for Genvid and for MILEs, as we announce Genvid’s Series C raise of $113m, and the establishment of the world’s first publishing company dedicated to MILEs.

Genvid’s success is thanks to its employees, co-founders, clients, investors and board of directors. This is an incredibly talented team, one of the best in our industry, who I am proud to work alongside. Together with our previous funding, that brings us to $166m raised in the five years since we founded Genvid.

For this round, we have brought in some of the most experienced crew in gaming and media. Returning investor Antonio Gracias’ Valor Equity Partners, together with Gavin Baker’s Atreides Management, co-led this round.

Valor Equity Partners was an early investor in Tesla and SpaceX, and their Partner Sam Teller, former Chief of Staff for Elon Musk, is joining our board.

Genvid Entertainment and Genvid Technologies: Two Companies Building the Future of MILEs Together

As noted, we are announcing the establishment of Genvid Entertainment, the first publishing company in history dedicated solely to producing Massive Interactive Live Events.

We’ve reorganized Genvid to expand our business to embrace the opportunity we see in MILEs. Genvid Holdings Inc. is the new parent company managing the administrative efforts (HR, Accounting, etc.) Genvid Entertainment LLC is the publishing subsidiary and Genvid Technologies LLC is the software subsidiary, both under the Holdings company.

Today we are 80 people strong, by this time next year we aim to be over double that, growing our community, marketing, production, creative and business development teams on the entertainment side, and building up services and infrastructure on the technology side.

There’s a reason we are creating Genvid Entertainment.

When Genvid Technologies, a B2B company, produced Rival Peak with Facebook, Pipeworks and DJ2E in 2020, we weren’t set up to produce consumer-facing content.

Genvid Entertainment is meant to be a D2C structure for us to bring content to viewers worldwide, and enable us to hire the producers, creative directors, UI/UX designers, and others necessary to make great MILEs.

Because MILEs are so new, and we have the most insight into how to build them, we created Genvid Entertainment to grow, share and implement best practices in MILE development.

We’ll be working with great studios worldwide, those with established track records and winning development cultures, to produce content. (We are not focused on internal studio development or acquisitions at this time. It takes a long time to build a great studio culture, and we think the MILEs category is going to grow very fast. Additionally, with so many incredible studios out there that want to learn how to make MILEs, we want to seed those best practices alongside our software.)

Everything we are building inside Genvid Technologies, the sister company to Genvid Entertainment, will grow considerably.

Genvid Technologies will continue its best in class services to a wide variety of clientele in the games, media and technology space, including operation of the only 24/7 NOC for interactive streaming in the world.

Any tech and services that Genvid Entertainment uses, Genvid Technologies customers can also use. (As a reminder, the Genvid SDK, the same one we build all our products on, is available for free at www.genvidtech.com for anyone to try.)

In fact we are expanding our work on technology products and services, building a SaaS product to enable developers to embed Genvid into their local games, and APIs for video platforms to call interactivity as they wish.

Also, the Genvid SDK has just reached version 1.29 and is getting better every release, with many new APIs and features planned.

Additionally, we just announced that Genvid Technologies is a charter members of the Open 3D Engine Foundation, being developed by the Linux Foundation.

Project Raven: A Vision For the Future of Entertainment

Project Raven shows interactions across devices, locations, and highly produced, cinematic content where the audience is determining the story together, in real-time, through their play. What happens for one happens for all.

Importantly, what you see in the Raven concept trailer is real — all that footage actually functions as shown. In the same way in which we partnered with Pipeworks Studios in 2019 to produce Project Eleusis, the prototype that became Rival Peak, what you see in Project Raven could become a full-fledged title under a very different banner in the future.

Project Raven highlights many important aspects of a MILE for us. Cloud-based streaming enables us to generate many realtime cameras that we can stream and allow users to jump between, similar to what we did on Rival Peak.

Simple puzzles let the audience generate score to bid against other members as to what should happen- which monsters should be released. And audience members discovering certain puzzles can unlock a chain of events that otherwise may go completely missed.

We truly don’t know how or what will happen as the audience creates the story together.

We think that the opportunity for MILEs for developers is huge. By combining the best of games and media, we have a variety of potential business models and monetization opportunities. Some MILEs may be free with integrated sponsorships. Others could offer microtransactions to enable customizations for the individual or the audience, while other models may be structured as a season pass.

We’re just starting to learn what ARPPU, conversion, and other metrics look like for a MILE, which is a bit of a different product than your traditional game or media experience.

As we figure out the best optimization routes through Genvid Entertainment, we’ll share this knowledge and best practices to developers who utilize Genvid Technologies’ SDK to benefit their own products.

Recently we’ve had a number of incredibly talented people join Genvid Holdings, Entertainment and Technologies. While we can’t discuss everyone who is coming yet, we will be announcing most of the new members of our team later in the summer.

We do have someone we can talk about today. We are excited to announce that Cindy Holland, an eighteen year veteran of Netflix, is joining as a Genvid advisor.

Cindy was most recently the VP for Original Content at Netflix. Holland, an 18-year Netflix veteran, initiated the creation of original content for Netflix and was responsible for acquiring, overseeing and launching original series for Netflix members around the globe.

Cindy will work with the Genvid management team to build our slate of original content for Genvid Entertainment.

Finally, we are launching a new website for Genvid Technologies centered around MILEs, including a new developer experience and overviews of MILEs being built using the Genvid SDK by great partners such as Apocalypse Studios, Black Block Games, and Nitro Studios.

We are pioneering this category and are excited to lead it.

Please look forward to all the great MILEs coming from Genvid Entertainment as well as developers using Genvid in the coming years!

Rival Peak had an amazing debut for MILEs, and was just scratching the surface of what’s possible with interactive streaming. 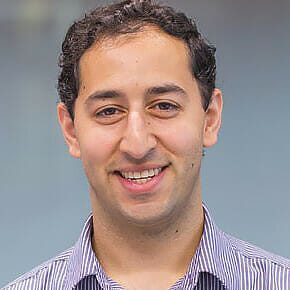 By Jacob Navok, Genvid CEO You can find the original posting of this blog on Jacob’s Medium page. Genvid’s vision […] 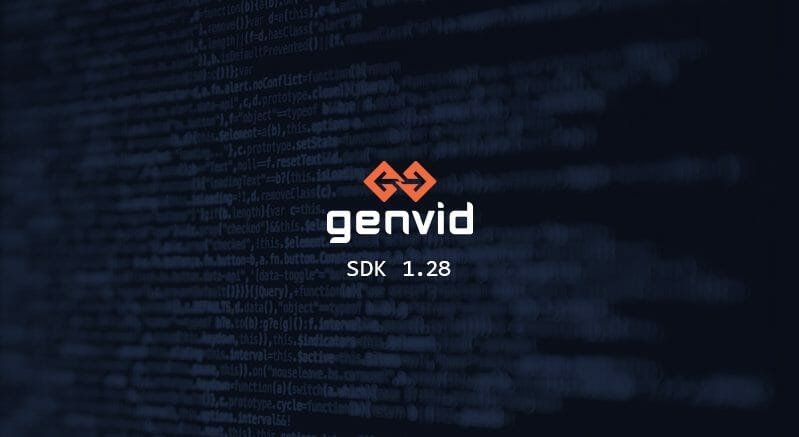 The Genvid SDK now comes packaged with Terraform 0.14. This version offers better flexibility for upgrades in future versions. For […] 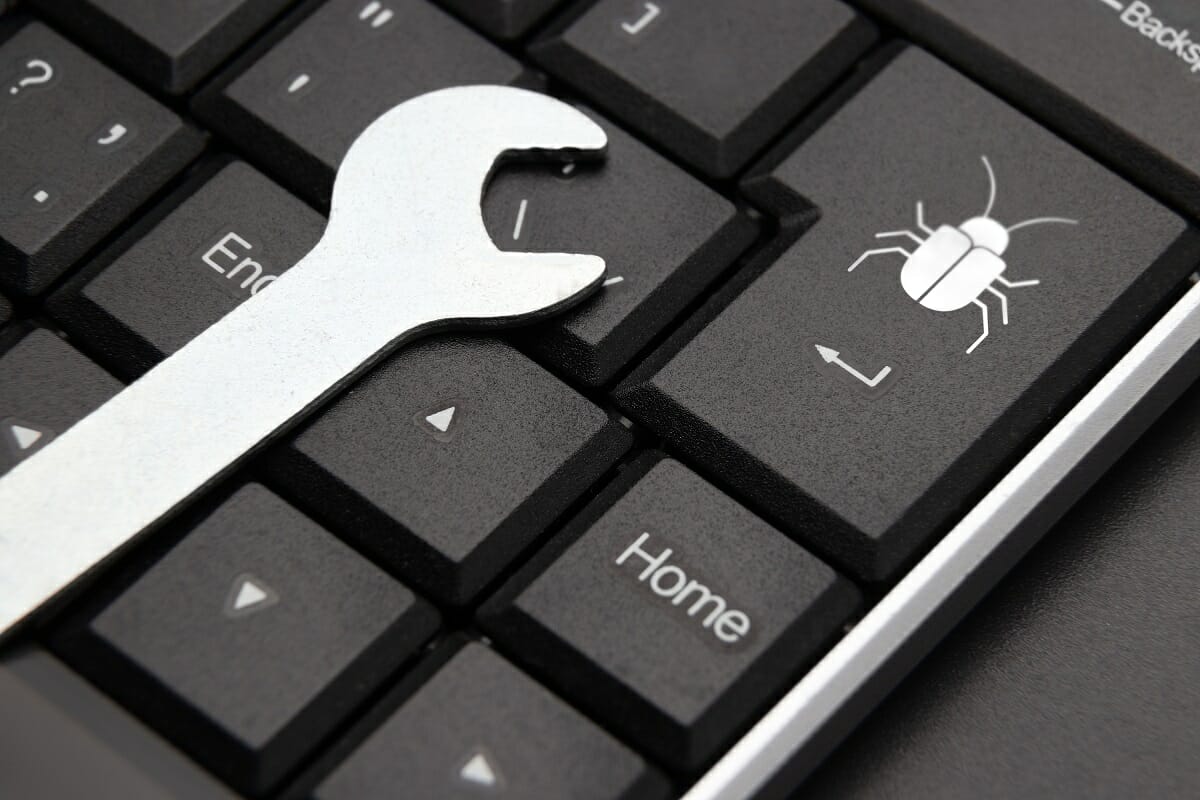 The recent Windows 20H2 update has shown to cause some issues with versions 1.26 and older. Whether you’ve completed this […]