Acclaimed Canadian developer and founder of Apocalypse Studios, Denis Dyack, believes the games industry is at the dawn of a compelling new paradigm shift. And part of this exciting future is beginning to unfold with Dyack’s forthcoming title Deadhaus Sonata—a deep, narrative-driven, F2P co-op action RPG that will venture into exciting new territory. Using the Genvid SDK, Deadhaus Sonata is integrating an entirely new class of livestreaming capabilities that not only vastly enhances player experiences, it allows audience members to go from passive viewers to actual participants, where they can directly and immediately impact game storylines and outcomes. 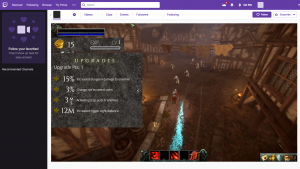 Deadhaus Sonata is slated for launch in 2021 on all platforms, leading with PC. It offers a glimpse into the future of livestreamed gaming as players and viewers help shape emergent, living, breathing storylines, and essentially replace what would have been AI-driven content and characters to generate spontaneous, unpredictable, real-time actions and behaviors on-the-fly.

This comes to life in Deadhaus Sonata as players take on the roles of undead anti-heroes, while livestream viewers can serve as dungeon masters — triggering traps, spawning monsters and otherwise affecting gameplay via the stream. Viewers can also do things like conceal or reveal paths for players to travel and solve puzzles to unlock new weapons for players. Eventually, viewers will even serve as a “meta authority” in the game, promoting and assisting specific factions of players by character class, alignment, and more.

Dyack, best known for games such as Eternal Darkness: Sanity’s Requiem and Blood Omen: Legacy of Kain, is no stranger to innovative game development. Deadhaus Sonata is being built to break new ground in ways that have this veteran feeling like a curious, first-time designer once again.

“Using Genvid’s technology, Deadhaus Sonata is pushing the game development envelope in ways no one has before,” Dyack says. “Instead of just seeing the action, livestream viewers can play a pivotal part in how it unfolds and influence the action at every turn. Players and viewers will be blown away by the level of interactivity and depth the Genvid SDK helps bring to life.” 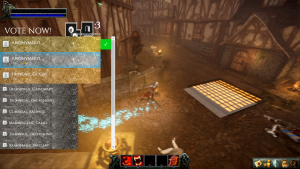 Built on Amazon Lumberyard, Deadhaus Sonata’s design encompasses 3 key areas: narrative; agency within social media; and community-driven content. All lend themselves well to the advantages of Genvid’s technology. Every design choice has been made with the knowledge that viewers of interactive livestreams of the game will supplement the AI content in each of these areas, providing fresh, dynamic content for viewers and players on a perpetual basis.

When Dyack first met the Genvid team late last year, there was an obvious fit given a shared view for the future of cloud gaming and livestreaming. Taking inspiration from classic, epic Greek plays where the audience could participate in the experience, Dyack envisioned a modern twist where the creation of rich, unpredictable storylines and pathways could be realized in surprising ways given this new level of interaction in the cloud.

Dyack believes that narrative-driven games within an FTP model are almost nonexistent, and with Deadhaus Sonata, he hopes to change that within an entirely new medium, ripe for deeply layered, provocative kinds of gameplay that will draw in a vast community of players and spectators. Genvid Technologies offered an ideal solution to help him achieve that.

Dyack says that Genvid’s easy-to-use SDK, backend technical expertise, clean code, and hands-on support made the integration process simple. Now, he and his team have been freed up to focus more on the creative side of the process. The overall efficiencies have had a big impact, too.

Dyack estimates that what took roughly 2 months to get a fully functioning demo up-and-running with Genvid would have taken his team a year of development with at least 5 engineers, focusing on Twitch only. “Integrating for other livestreaming platforms like YouTube was beyond our scope, but now we’ll be everywhere. Across the entire game development process, the cost savings will be in the millions.” 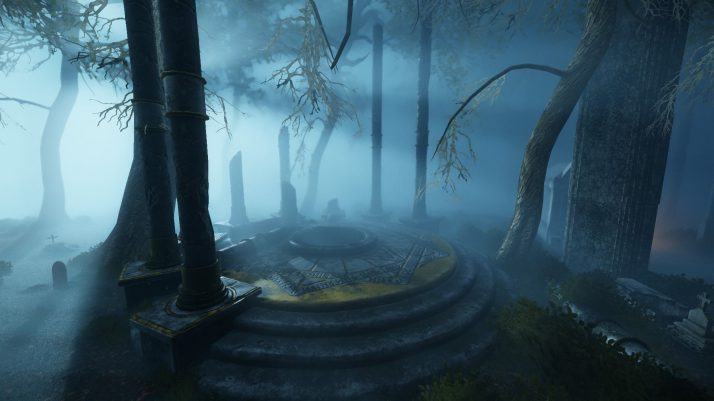 Developers like Apocalypse Studios also have a clear path for new revenue streams that have never existed until now. For example, current in-stream ads are generic, and all the revenues go elsewhere. In Deadhaus Sonata, ads and other sponsored content can be delivered via the livestream, so viewers get customized ad/marketing content and the developer receives the revenue directly.

As a developer and lifelong player, Dyack frequently immerses himself in other online gaming worlds, whether it’s the massive environments of World of Warcraft and Eve Online, or emerging indie titles, where he takes note of audience reactions that often inform his own development process and choices. Like Deadhuas Sonata, he believes that many of these kinds of diverse experiences have potential to be even more engaging with Genvid technology.